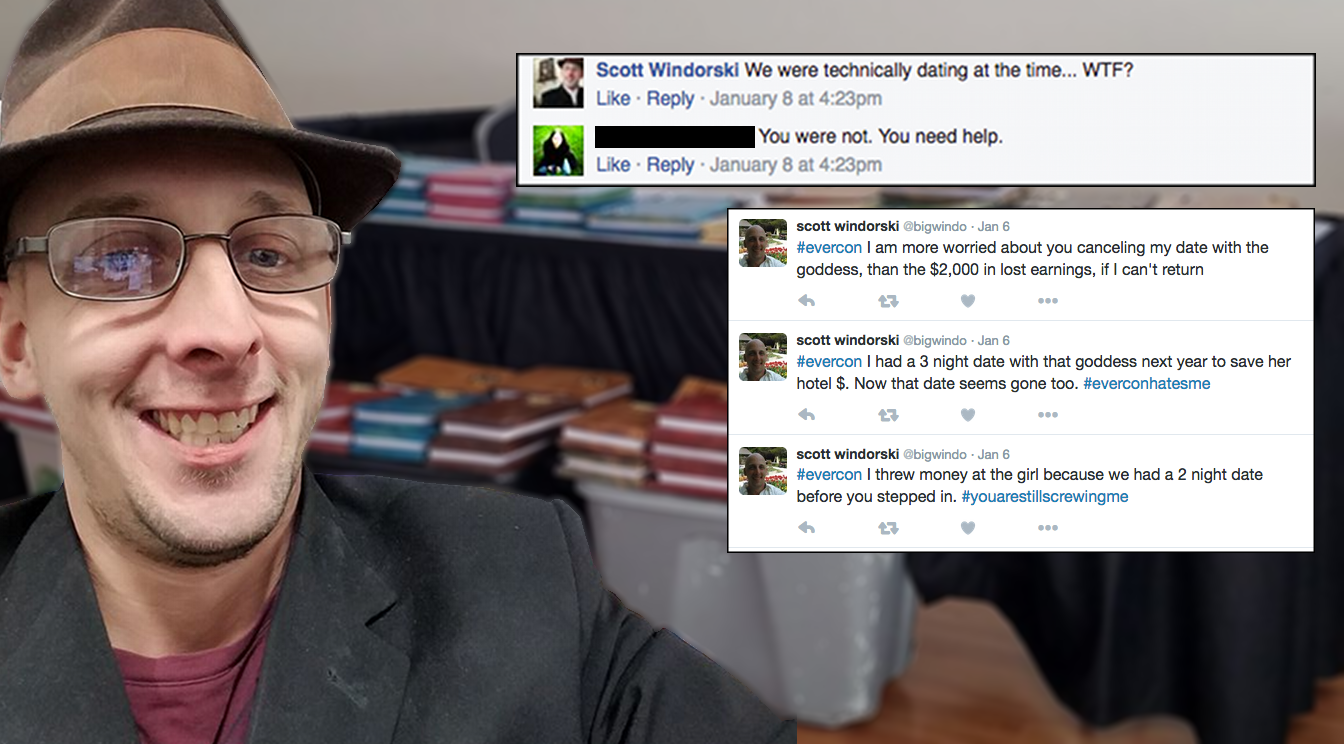 Earlier this month, we talked about how Evercon quickly and professionally handled harassment by artist Scott Windorski. Windorski, after extended Twitter exchanges with other vendors and our own Trae Dorn, had mostly gone silent on social media about his expulsion. And, as we had previously assumed, he has not filed any lawsuit against Evercon.

Evercon, on the other hand, is more than willing to take the bull by the horns and has filed a Restraining Order against Windorski.

Since one of Evercon’s staff had told us that he was consulting his lawyers when we interviewed him for our previous story, this is only to be expected. Especially after Windorski’s social media meltdown and bizarre Craig’s List accusations (featuring a picture of man who is not an Evercon staff member)  which are both still online.

We’ll wait for Feb. 3, when a Marathon County Judge will make a ruling on the matter.

Update (2/3): At a hearing earlier today, a harassment injunction lasting four years was issued against Windorski. Windorski is not allowed near any event run by Evercon or the residences of its management. He is also restricted from making any harassing remarks about Evercon or its management, and this includes on social media.

Windorski chose not to appear at the hearing.