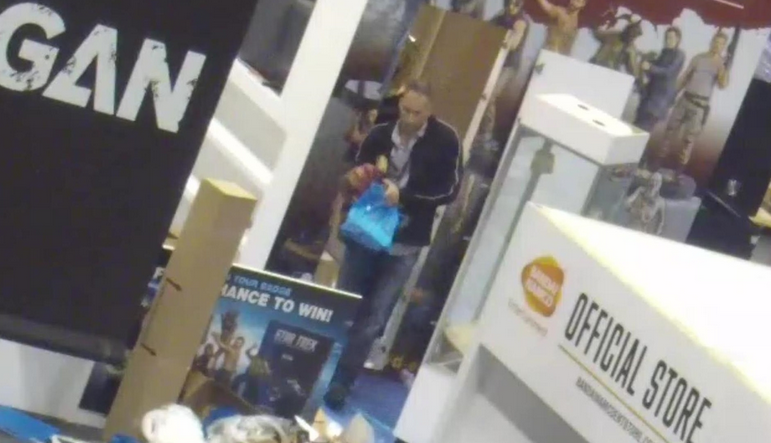 At the end of last October’s New York Comic Con someone walked off with approximately $20,000 worth of toy manufacturer Eaglemoss‘s property. The items were taken from their booth during Sunday night tear down, and as Bleeding Cool reports Javits center security and police were able to determine who by.

One of those people apparently is Eternalcon organizer Frank Patz.

Patz, who had been at the con assisting Michael Carbonaro‘s Vintage Movie Posters booth, was eventually arrested by the NYPD and charged with grand larceny and possession of stolen goods. Patz has apparently returned most of the merchandise, and although he was arrested, as Bleeding Cool continues:

New York police tell Bleeding Cool that accepted an adjournment in contemplation of dismissal which means, as long as there is no more trouble in the next six months, all charges will be dismissed and stricken from his record.

And while Patz may end up having nothing on his record, he has apparently now been banned from both entering the Javits Center along with any of New York Comic Con parent company ReedPOP’s events.