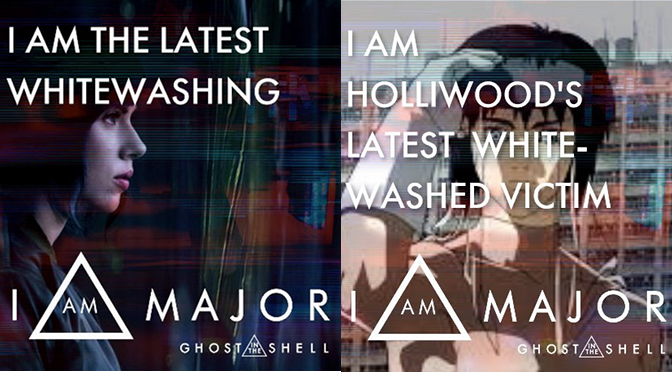 The Mega-Blog
March 15, 2017 Trae Dorn 0 Comments Ghost in the Shell, I Am Major, Paramount, Scarlett Johansson

Just a general pro-tip to people who are trying to promote anything even remotely semi-controversial: don’t let the internet enter whatever text they want into it. You see, Paramount recently launched a site called “I Am Major” in promotion of their upcoming live action remake of Ghost in the Shell starring Scarlett Johansson. The tool lets users type whatever they want (starting with the words “I Am”) over an image of their choice, with the film’s “I Am Major” slogan and the film’s logo appearing at the beginning.

As the casting of Johansson (a white woman) in a role like the traditionally Japanese character of the Major has caused a bit of an uproar, you can probably guess what happened once the general public got ahold of the site.

If you didn’t guess “things completely imploded,” I don’t think you’ve spent enough time on the internet. People took up the tool to protest the film, and here are just a few of my favorite examples:

So… yeah. To whatever marketing execs thought this was a good idea, I just have to roll my eyes. I honest to god want to know what the heck they were thinking.