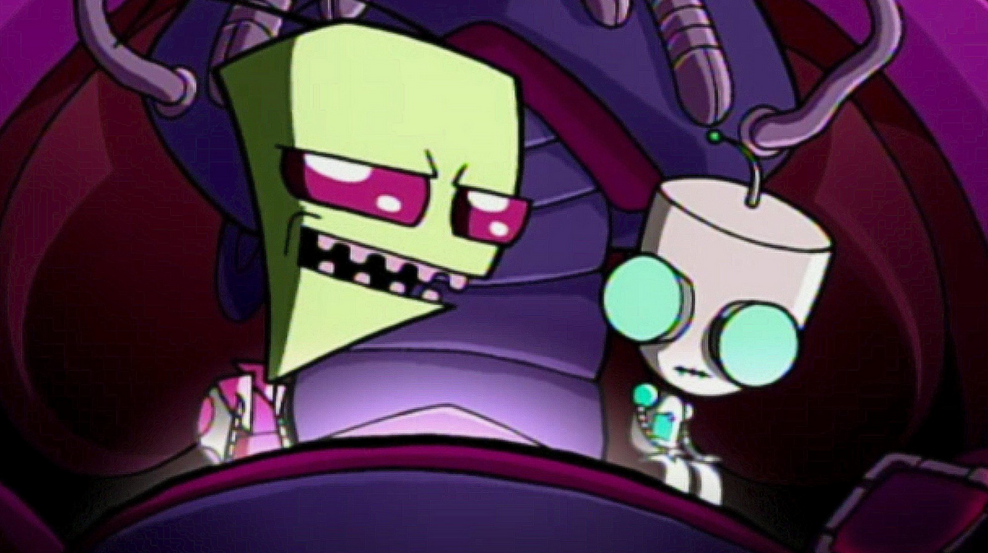 Jhonen Vasquez’s Invader Zim may have only run for one season on Nickelodeon back in 2001, but what an amazing season it was. The animated series, which followed an aspiring (and outcast) invading alien and his malfunctioning robot’s attempts to conquer the world (and thwart his nerdy schoolmate), has had such an impact we’re still talking about it today.

And like any series we’re feeling nostalgic for these days, they’ve decided to bring it back.

Variety is reporting that Invader Zim is being brought back as a 90 minute made for TV movie. Nickelodeon studios is producing, and series creator Jhonen Vasquez himself is back helming the film. Original cast members Richard Horvitz, Rosearik Rikki Simons, Andy Berman, and Melissa Gahn are all returning as well.

And I just couldn’t be happier.

We’ll obviously post more details about the film as we learn them (mostly when and where it will air), but for now let us bask in the glory that is the return of Zim. I mean sure, it probably won’t be quite as good as we al remember — but if it captures even half of the magic of the original we’ll still be blessed.