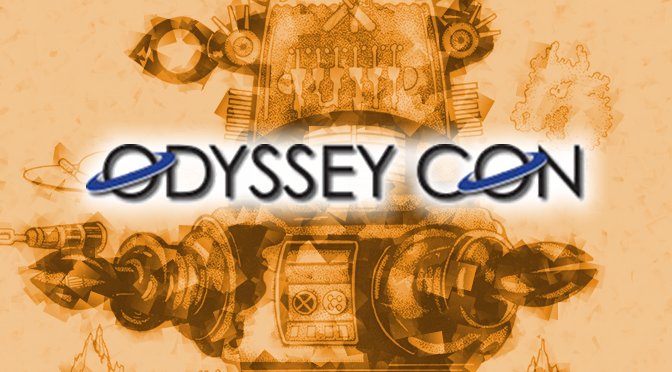 Author and tabletop game developer Monica Valentinelli was originally scheduled to be a guest of honor at Odyssey Con in Madison, WI later this month, but that is no longer the case. Earlier today, she announced in a blog post that she was no longer appearing at the con due to a “known harasser” being on the event’s staff. She had been under the impression that this person had left the event, but this was apparently not the case:

Yesterday, I found out that I was scheduled to be on programming with him and he was still part of the concom. I also learned that peers and friends were uncomfortable with his role at the show, and they had decided to avoid the convention altogether. His involvement with the con meant that I would have to interact with him, especially as a guest of honor, and I do not feel safe around him nor would I want to put any of my friends, peers, or fans in that situation either.

While Valentinelli doesn’t name this individual, though looking at the Odyssey Con “Concom” listing, it’s pretty clear who she’s referring to. When Valentinelli took her concerns to the staff though, she didn’t exactly get the reception she’d hoped for:

To resolve this, I sent the concom an e-mail. I told them that I, personally, had several problematic experiences with him, and that if he was still working the convention that I would have to withdraw. The response I received was incredibly dismissive of not only me, but of past reports as well. The e-mail went on to say how this individual was a long-time close friend of the concom, and I should judge his behavior for myself.

I have judged his behavior for myself, and I do not feel safe being in the same room with him let alone the same hotel.

Valentinelli is additionally concerned that this attitude means that attendees may be met with indifference or dismissal if they attempt to report harassment, and it’s easy to see where she’s coming from.

We reached out to Odyssey Con’s staff for comment, but have yet to receive a response.

Update (4/11 3:45pm): While we have not received a response, Odyssey Con Co-Chair Janet Lewis has taken to the official convention Facebook group and posted copies of the convention’s correspondence with Valentinelli. It is split into multiple posts:

The convention also posted an official statement to the group.

Update (4/11 5:45pm): Odyssey Con seems to have deleted the posts and official statement from Facebook.

Update (4/11 8:15pm): Thanks to a blog post over at Pretty Terrible, screenshots of the official statement are now available. That blog post contains a lot more information, but here’s the statement itself:

(Screenshot Courtesy of Natalie Luhrs)
In addition, K. Tempest Bradford has made a lengthy post which includes one of the (now deleted) emails Janet Lewis had posted to the Facebook group.

Update (4/11 9:20pm): Okay, so the ride has been getting wild. Odyssey Con has deleted the Concom page from their site. We, of course, have taken a relevant screenshot of the Google cache version, and Archive.org has a version from last Fall as well.

Update (4/12 8:45am): Odyssey Con has released a new official statement stating that Jim Frenkel is no longer with the convention. While they mention he’s never had reports at Odyssey Con, it’s hard to believe that they were unaware about his past at events like WisCon. Mostly because Odyssey Con staff member Richard S. Russell (who wrote the earlier, now deleted statement) was involuntarily removed from the WisCon board a few years ago for a myriad of reasons — one of which was defending Frenkel.

While this is a step in the right direction, why the heck did it take this long to get the con moving?

Update (4/14 12:00pm): Author Tad Williams has also withdrawn as a Guest of Honor and will no longer be appearing at the convention.