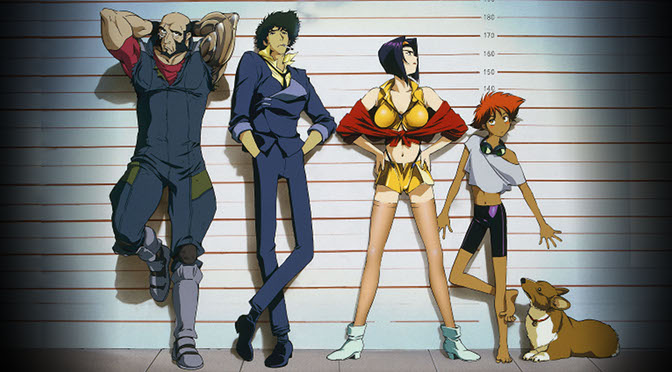 I don’t think it’s too controversial for me to assert that 1998’s Cowboy Bebop is one of the best anime series of all time. Heck, it may very well be the best, and you can fight me on that. The series initially follows the adventures of bounty hunters (or “Cowboys”) Spike and Jet in the year 2071, and eventually they’re joined on their ship (the Bebop) by Faye, Ed and Ein. Ein’s the smart one.

Ein is also the dog.

Cowboy Bebop is also the latest target in the media’s hungry machine to remake every IP they can get their hands on. Variety is reporting that a live action version of the show is currently in development by Tomorrow Studios, a partnership between ITV Studios and Marty Adelstein. The show will be executive produced by Sunset Inc, Midnight Radio, Marty Adelstein, Becky Clements, and Matthew Weinberg. Chris Yost has been tapped to write the thing.

And honestly? I’m not sure that I want this.

I mean, don’t get me wrong, I understand the urge — but what made the original series great was the marriage between action and music. Until I see the names Yoko Kanno or The Seatbelts on a soundtrack listing, I’m not sure I’d be willing to tune in.