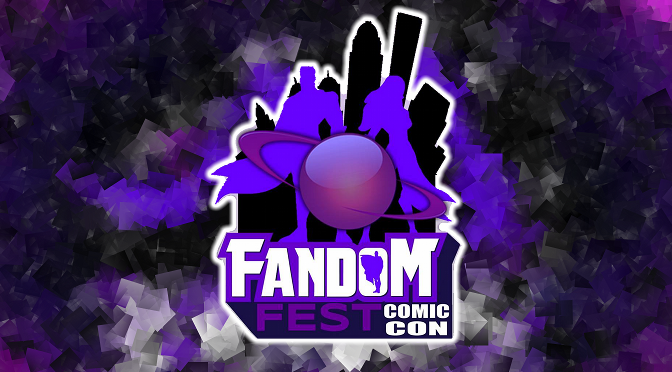 The Louisville, KY based Fandom Fest is scheduled to take place pretty damned soon (July 28th-30th), and while the venue hadn’t ever been formally mentioned on the con’s official materials this year, with no other location mentioned most people assumed it would continue to be held at the same one it’s been at for years — the Kentucky Expo Center. I mean, the official recommended hotels are all in the vicinity of the Expo Center, and with the con so close (and people planning it for months) it just wouldn’t make sense to announce a venue change now, right?

You see, a new venue is exactly what the convention announced on Monday — just eleven days before the event. The con posted the about the change to their official Facebook page, saying the con’s new location was an event space attached to the Jefferson Mall. This new “event space” (read: old, empty former Macy’s department store) isn’t a short walk from their listed hotels — in fact, it’s a fifteen minute drive.

What’s absolutely bizarre about this whole thing is the timing. You see, this announcement came in the wake of the Kentucky Expo Center telling the world the con wouldn’t be held there first. After attendees were concerned that the con wasn’t listed on the Kentucky Expo Center’s event calendar, they reached out to the venue asking what was up. The venue’s management responded on Twitter that not only was the convention not being held there this year, but that the con never had a contract for the space.

We do not have a contract for FandomFest at our facility.

Honestly, this whole thing is bizarre. Cons move venues for a myriad of reasons, and while an old anchor store site at a Mall is a strange choice, it may have been the con’s best option. What’s weird though is even if you never consider the Kentucky Expo Center as the 2017 venue, it means the con didn’t have a publicly known venue until less than two weeks before the announced date. I honestly can’t think of a single good reason why anyone would wait that long.

I mean at this point it’s so late in the game that there’s still a chance that people are going to show up to the Kentucky Expo Center on the 28th looking for Fandom Fest. There is almost no opportunity to get the word out about the con’s location, and can severely hurt the con’s numbers. I honestly can’t think of a single good reason why the con would wait this long to say something.

White writing this story we reached out to Fandom Fest for comment, but have yet to receive a response