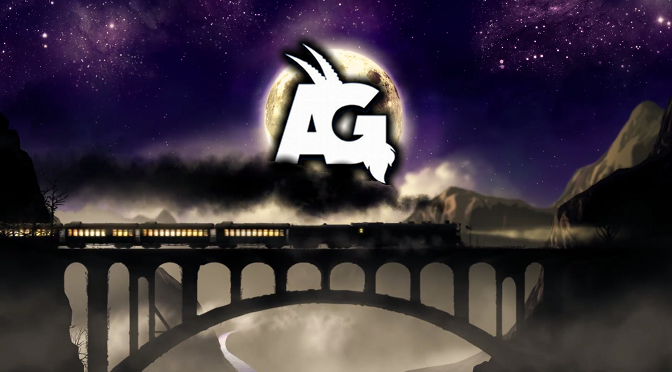 It’s hard to imagine that I hadn’t heard of Angry Goat Productions until January of this year. The ongoing drama surrounding their (distinct lack of) events has been kind of amazing. First they were trying to run an event called “Cosplay Unplugged Los Angeles” which was raising red flags for Sailor Moon fans. What we found was a company run by a man named Ray Jelley that continuously announced events and cancelled them.

Then Angry Goat Productions, unsurprisingly, cancelled that event. A month later, weirdly, the company announced similar events for Sailor Moon and Outlander fandoms, which were pretty much what they were planning before, just slightly scaled down.

And then they turned around and cancelled them again for good measure.

With no new events listed on the company’s official website, you’d be forgiven if you assumed that there was nothing coming down the pipe from this (extremely confusing) promoter, but you’d be wrong. Based off a tip we received from a reader and backed up by our own research, not only is Ray Jelley and his company as active as ever, but they’re “organizing” an off-brand “Harry Potter-esque” LARP event on a train.

They’re just doing everything they can to hide that they’re the ones running it.

The event in question is the “North American School of Wizardy’s” Witch and Wizard Express. Which, as described by the video uploaded several months ago to the event’s Youtube Channel is a LARP set on a train. The video says the event is three hours long, but that isn’t necessarily what other parts of the site say.

The website for the event, of course, makes no mention of “Angry Goat Productions,” and claims it’s being run by a group called “The School of Wizardry,” “North American School of Wizardry (NASOW),” or “LARP Adventures” depending on where you look. If we hadn’t been tipped by someone with direct knowledge of Ray Jelley and Angry Goat Production’s involvement, we probably wouldn’t have guessed this was one of their projects.

Of course, we didn’t just want to take our tipster’s word that this was Jelley’s operation. After getting contacted we went looking with the State of California’s Business Search, but we couldn’t find any corporation or LLC operating with the names “The School of Wizardry,” “North American School of Wizardry (NASOW),” or “LARP Adventures” in the state legally. We tried variations in spelling, partial searches, and even researched companies we found with similar names. These are not the names of registered business entities in that state.

But all that confirmed was that the event was fishy. While it’s a reason not to trust them, it doesn’t establish that this is Angry Goat Productions. We called the listed phone number (877-7-WIZARD) hoping for some clue, but were greeted by a voicemail service with no identifying information in the outgoing message. I wasn’t sure I’d be able to find an independent connection. 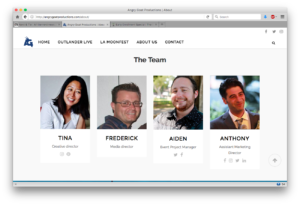 Then, after several days of research, I looked at the LinkedIn Page of Anthony Cerreta, the Assistant Director of Marketing for Angry Goat Productions for the heck of it. As I scrolled down, I noticed a link to a very familiar looking video. 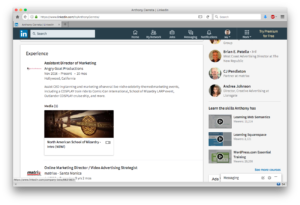 So yes, we are now confident in saying, contrary to what the website says, this is totally an Angry Goat Productions jam.

The website has a number of tickets on sale currently for a December event, with some November dates not yet available yet. Honestly, the whole thing is confusingly set up, and it’s not really obvious what link will lead to what ordering page on their site. The important thing though is that tickets are for sale for some of these events right now. 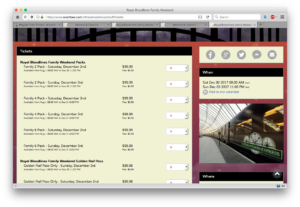 The caution I’d give anyone choosing to purchase a ticket to this is that literally every event ever planned by this company has been cancelled. They even claimed they were going to run a Train based event back in 2016 which got cancelled (and something to do with it is why they got sued by a cast member from The Hobbit films). Events announced by this company tend not to happen.

Another important bit that needs to be considered is the refund policy. Last we checked, attendees of the cancelled “Outlander Live” event were still waiting for (and fighting to get) their refunds.

But people who sign up for the North American School of Wizardry don’t have to worry about whether or not refunds will come if the events get cancelled… because they definitely won’t. According to the site’s Disclaimer there will be no refunds whatsoever if the event doesn’t happen. So you’d be buying tickets for an event run by a company with a reputation for cancelling everything they’ve ever planned with zero chance of getting your money back when the inevitable happens.

Dwell on that for a minute if you’ve been considering signing up for this thing.

Ray Jelley wanting to repair his company’s reputation is one thing, but honestly all he has to do is actually run an event for that to happen. Nonetheless, he launches fanciful, complicated things he doesn’t have the ability to actually put together. Private rail cars? Cruises? These are complicated affairs, and as far as I can tell, he’s unable to actually do any of this.

I’ve maintained over the course of these articles that I just didn’t think Jelley knew what he was doing. It wasn’t maliciousness, just arrogance and incompetence. I mean, if you want to try a cash grab in this industry, there are much easier ways to pull it off. As these patterns repeat and he’s obscuring his company now, I have to seriously consider that he’s no longer worth giving the benefit of the doubt.

Want to help make sure Trae can keep writing articles like this one? Consider contributing to his Patreon campaign.