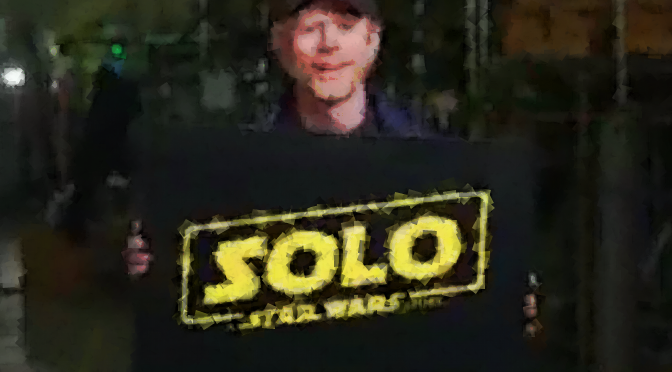 The weirdest thing about the Han Solo Star Wars anthology film hasn’t been the endless reshoots or replacing its directors most of the way through production. No, it’s been the fact that since day one we have had no friggin’ idea what to call this film. It’s less than a year from release, and there hasn’t been an official title for the project.

Well, that is until today.

Current director Ron Howard took to twitter today to announce that filming had wrapped on the movie, and in that video he revealed the film’s final name.

So yeah — they went with Solo: A Star Wars Story. It’s simple, to the point, and maybe a little “safe,” but it works. Maybe they could have come up with something better, but I for one will be happy to stop calling this “Untitled Han Solo Antology Film” in articles from hereon out.

Solo: A Star Wars Story is expected to hit theaters in May of next year.