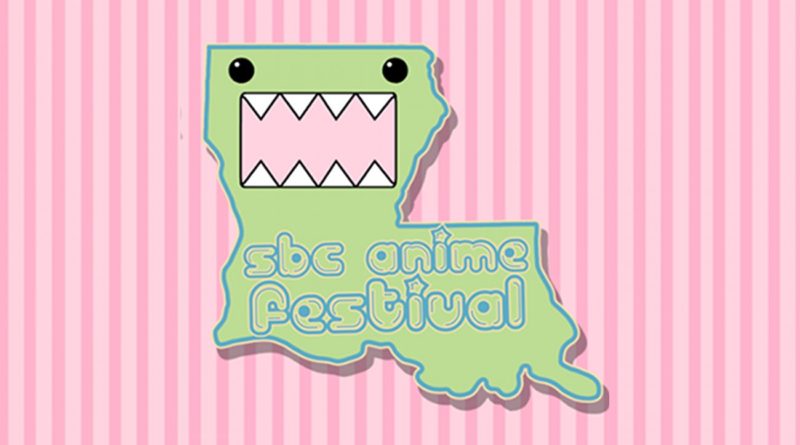 It’s been a week and a half since AVC Coventions‘s Bossier City, LA based SBC Anime Festival closed its doors for 2018, and you’d be forgiven for not even knowing it happened. The reason for this is that apparently no one knew it was.

Okay, so maybe that’s an exaggeration, but very few knew about it at least.

Needless to say, vendors and artists present weren’t exactly happy about spending their weekend in an empty hall. One of those vendors was artist K.F. Golden, who decided to detail their experience on Tumblr.

You should read the post in its entirety, but the gist of it is that very few people attended the convention. K.F. Golden took some pictures of the empty dealer hall, and it seems like no one knew the con was happening. And honestly, if the story ended here, we probably wouldn’t be writing anything about it. Sometimes cons don’t do well, and considering this event seems to have taken 2017 off, it’s not the most surprising turn of events.

What did grab our attention was what happened when K.F. Golden interacted with convention staff. When a SBC Anime Festival staffer stopped by Golden’s table to collect sales tax, they told the staffer that they hadn’t really made many sales. It was at this point that the staffer went to fetch SBC Anime Festival Vendor Coordinator (and co-owner) Jay Branch.

Another 30 minutes passed. Jay walked by my table, asked what the issue was, and my booth partner let him know that, honestly, the con had been very empty. Actually empty. Like, dead. We’d heard whispers about a change in marketing for the con this year, so maybe someone just hadn’t advertised properly? Whatever the deal was, we made no sales, leaving us with next to nought to give him for taxes. At this point, we had spoken to a few other vendors who had reached the same conclusion: you can’t pay taxes if you didn’t actually make any sales. Jay left again, and said he’d be back with the owner of AVC, the company that ran SBC and other related conventions.

After this, I waited another 40 minutes. […] Then he returned with someone named ‘Greg’, who asked us what our ‘problem’ was. Booth partner once again stated that the show was empty. At this point, we’d been waiting a little over 2 hours to speak to him about possibly receiving a partial refund on the table or an explanation as to what had happened.

Greg suggested that my booth partner and I might just be bad artists and poor businessmen, and maybe that’s why we didn’t make any money.

No, I said. The venue was empty. I was not the only artist that hadn’t made any money. The entire vendor’s hall had spent 2 days in an empty room. Nobody showed up.

Greg looked at me and flatly told me, “No.”

“There were no attendees,” I said.

I pulled up the texts on my phone. Timestamped, with the photos I had snapped from 4:30 – 5 PM on a Saturday night, of an empty vendor hall.

“No,” Greg said again, scolding me.

Sometimes, Greg said, you take losses. It sounded like we were just bad vendors who didn’t know how to handle not making money. Why were we blaming him for the the bad show? Why were we *lying* when he swore there were people here? “What did *you* do to advertise the show, then?” he asked. I explained to him that that was not my job. I’m a vendor. Naturally, I posted to my followers that I would be at SBC, but I had never done SBC before. I don’t have return customers here.

“What do you even *do* for the con?” Both of them were suddenly up in arms, and now Jay was suggesting, who needs vendors anyway? At this point, I was pretty miffed. I’d shown them photographic evidence of their empty con, and they told me the photos I’d taken weren’t real. Now they were telling me that their con doesn’t *need* vendors. They were *letting* me hang out here, to the tune of a $160 booth.

For some clarification, the Greg mentioned in the write up appears to be AVC Conventions other co-owner Greg Hanks. If what K.F. Golden alleges is true, this is an incredibly inappropriate way for a convention to handle a vendor issue.

Look, I’ve been on both sides of conversations like this as both an artist and a con staffer, and it’s just inexcusable. While obviously refunds are often not given in these kinds of situations, there’s something to be said for tact and having at least an ounce of sympathy for their situation. It’s not hard to apologize for a show having worse turn out than expected, and it’s down right ridiculous to accuse a vendor for not having done enough to promote your show for you.

That isn’t their job.

I reached out to SBC Anime Festival staff for comment (linking to Golden’s write up), and they said that while they were aware of it they had no comment on the matter.

As for verifying Golden’s claims, without official numbers I was forced to turn to social media. One of the easiest ways to see how populated a convention was is to look in the background of cosplayer photos. If you find a cosplayer photo taken in a vendor room, it’s pretty easy to tell whether or not anyone showed up for the convention. There wasn’t a lot out there for SBC Anime Festival, but what I found seems to line up with Golden’s claims of extremely low attendance:

#SBCanimefestival and cosplayed with @PeachWoomy at the con and met these cool people tag them if you know them! pic.twitter.com/YdTNRTwQdp

I would like to thank EVERYONE at #SBCAnimeFestival for welcoming me with open arms! I’m proud to represent y’all as your bubbly neighborhood cosplayer! See you next time! 💙💙💙💙💙 #wholesomecontent pic.twitter.com/q4hSJKPmYp

But I still feel like this isn’t the point. The point is that when your event doesn’t do well, you still need to be able to talk to a vendor politely. This is basic customer service, and do not mistake me — when you are running a convention, vendors and artist are customers. If what K.F. Golden alleges is true, I would be hesitant to vend at any of AVC Conventions‘s other events.