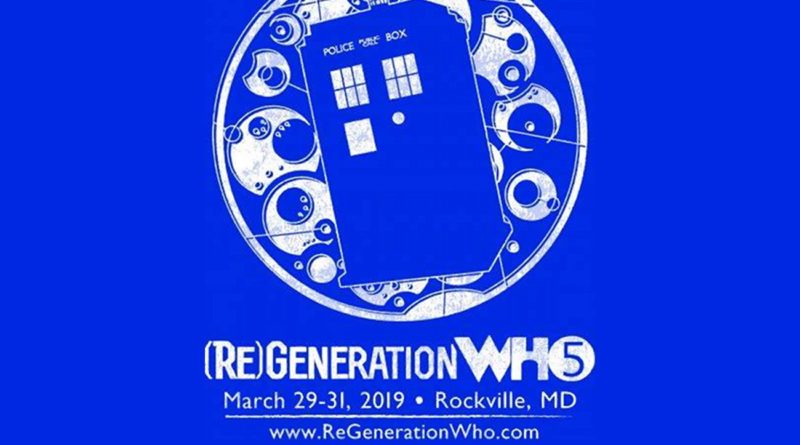 In a series of events not all that shocking for anyone who regularly visits our convention news section, yet another con has been cancelled — and this one in the “just days before it was scheduled to happen” category. In this case, it’s ReGeneration Who, a Rockville, MD based Doctor Who convention.

Can you tell I’ve written a lot of these at this point?

The convention, scheduled to hold their fifth year March 29-31, 2019 at the Bethesda North Marriott announced on their official website:

As a result of a string of last minute cancellations, we see no alternative but to cancel (Re)Generation Who 5. We want to apologize for this as we tried every way possible to move forward, but could not find a way to produce an event of the quality you have come to expect from us.

We will be working with our team to determine if there are any options moving forward. Please note you will need to contact the hotel directly if have guest room reservations.

ReGeneration Who is an event organized by Onezumi Events. Based out of New Jersey, Onezumi Events is managed by James Harknell. The company also runs two other conventions: Potterverse in Baltimore, MD and Intervention in Rockville, MD. Intervention doesn’t seem to have been held since 2016 though, and no 2019 date has been announced for Potterverse yet.

If any additional information becomes available, we will update this story.

Update (3/24 4:00p): In our previous update we linked to a Facebook post by Tom Leitner regarding refunds. Since then, a James Hartstein from Onezumi Events’s official email address has reached out to inform us that “Tom Leitner is not an official authorized source of information or spokesman for the convention or it’s [sic] company, and any statements expressed by him are his own opinions and are not those of Onezumi Events inc.” The post we linked to previously (which can be read in a screenshot here) appears to have since been deleted.

Update (3/25 3:30p): While she is still listed on Onezumi Event’s website as a part of the company, Durant made a post yesterday to her personal Facebook page explaining that she hasn’t been with the organization since last November.

10 thoughts on “ReGeneration Who 2019 Cancelled Just One Week Beforehand”