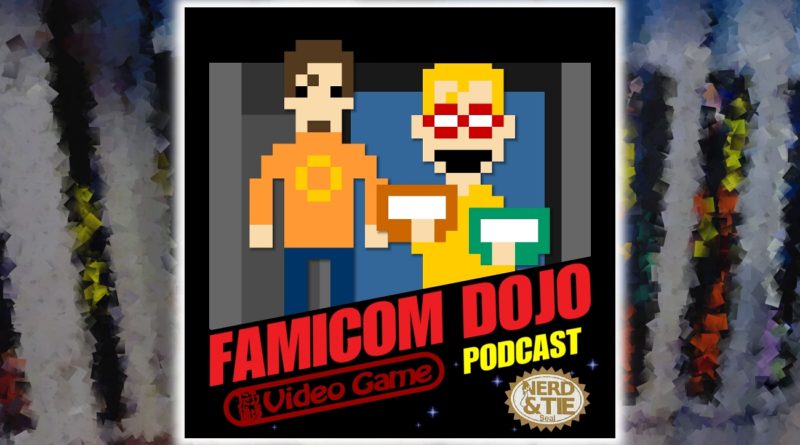 We’re happy to announce the newest addition to the Nerd & Tie network of podcasts — the Famicom Dojo Video Game Podcast!

Famicom Dojo launched as a series on YouTube over a decade ago, and in 2011 they started the podcast of the same name. The show has had a number of homes on the internet over its tenure, and with the apparent closing of their previous network we’re happy that they’re joining us.

On every episode of the Famicom Dojo podcast, Sean and Vinnk take to their microphones about the latest video game news, review Future Retro titles, and lament their growing Pile of Shame. It may only update periodically, but it’s your best source for retrogaming in podcast form.

Sean and Vinnk shouldn’t be foreign to Nerd & Tie listeners, as both have appeared on the Nerd & Tie Podcast (and actually took it over for one episode). You can find our official page for the Famicom Dojo Videogame Podcast here, which includes subscription links for those of you who are new to the show. If you want to archive binge, you can find their full archives at their (still in transition) website.