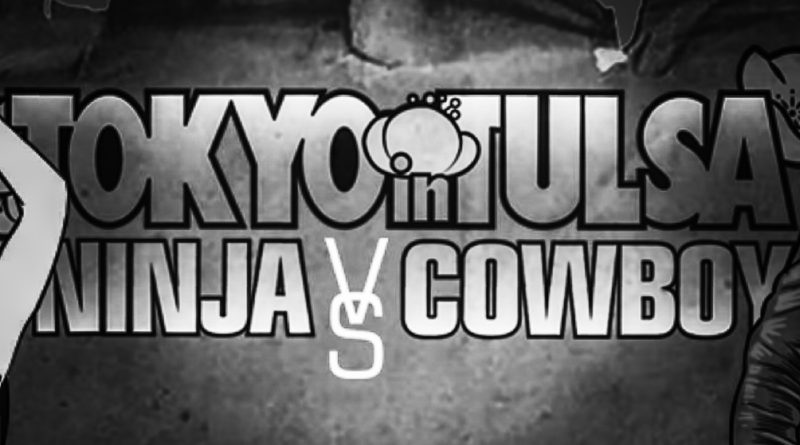 On Friday we reported on the bizarre situation happening at Oklahoma based anime convention Tokyo in Tulsa. For those unaware, the long running event made the bizarre decision to put their vendor room approximately four miles away from the core of the convention in a former Hobby Lobby. While attendees seem to be finding their way over to the remote location, a lot of artists and vendors weren’t happy about the con’s decision.

Y’know, because it’s four miles from most of the con.

As you would expect, some of those vendors and artists took to social media to complain about the situation. One of those artists was Hanna Schroy, who has been one of the more outspoken people about the convention’s bizarre decision to put vendors in a poorly lit former Hobby Lobby four miles away from most of the con. Ninety percent of her tweets were legitimate criticism and retweets of others. Most of them are full of snark and a bit of gallows humor. And, admittedly, at one point she joked that people should ghost the con.

It was a small thing, and a small reply in a sea of serious issues. But, apparently, it was just the opening the convention was looking for.

I'm tabling right next to @elefluff at Tokyo In Tulsa its still selling hours and Four (4) TNT employees/owners/managers decided to come up to her table and pratically bully her over a tweet blocking her customers and sales and proceeded to kick her out of the con.

We reached out to Schroy, who confirms this occurred (though she stated it was initially only three staffers — a fourth approached to see what was happening later on). In an email Schroy told us:

They then proceeded to directly confront me at my booth while attendees and customers could see. I confirmed that the tweet was from me and I brought forward my complaints as I mentioned above and within the Twitter thread. As I was a single woman amidst a busy alley being confronted by (if I’m perfectly plain) three white men, likely older than me, I did feel cornered by them. I did my best to stand my ground, expressing how unprofessional their handling of this situation has been, how in the dark they have left us artists, about how friends of mine (I can list as well if you need) had been ghosted by the AA staff after requesting a refund for their tables. All of this they brushed aside, implying that I don’t understand how cons are supposed to work (I have been tabling at artist alleys for well over 7 years now and have friends within the con staff community who have backed me up in saying this con did not handle this well) and that I was not welcome to their convention the rest of the weekend or in the future. They did not give me a strike, they did not confront me and ask me to take down the tweet, they went straight to banning me from their convention.

Schroy also took issue with some of the tweets Tokyo in Tulsa has been making about the situation:

On Twitter they are now claiming I “understood this was violating their agreement” which is untrue; I only said I knew “ghosting was uncalled for” and I had asked if they would be ok as long as I deleted the tweet, but they refused and said I must leave.

That is correct. She acknowledged that the tweets broke policy, and willingly agreed to leave the space.

We reached out to Tokyo in Tulsa, and they wanted to make it abundantly clear that they did not remove Schroy over her criticism of the convention:

We would like to expressly state that she was not removed because of her other social media posts. We have no problem with artists and vendors expressing their concerns and frustrations about the space and have not asked any of the other artists or vendors that have to stop. We understand and even share those concerns and completely understand that the situations were not ideal.

The thing is, the particular tweet they supposedly booted Schroy over was buried in reply threads. I knew what I was looking for, and it still took me twenty minutes of digging to find it. Someone on Tokyo in Tulsa’s staff had to have been paying exceptionally close attention to every word Schroy posted to even notice the tweet (which any reasonable person would see as a joke).

Schroy believes she was targeted, and it’s not an unreasonable conclusion to draw.

One of the larger criticisms is that the convention didn’t announce the vendor venue until after the refund window closed for artists and vendors. In their statement to us, Tokyo in Tulsa addressed this:

The final vendor and artist location was only chosen because we had a venue change their terms two weeks out, and were unwilling to be accommodating. We were forced to relocate and secured the only location we could in that time frame.

So, here’s the thing, I’ve been working conventions for over twenty years. I’ve negotiated with venues, I’ve managed vendor rooms, and I’ve handled contracts. For a venue to be able to change their terms two weeks before an event it means a signed contract must not have existed for the convention (or if one did exist it was so poorly negotiated that terms were never firmly in place). The fact that Tokyo in Tulsa seems to think this is a reasonable explanation is downright dumbfounding. To not have ink to paper that close to a convention is a sign of fundamental mismanagement on a deep level.

Of course, booting your most vocal critic over a joking tweet in the middle of a PR disaster is also a fundamental sign of mismanagement.

This whole thing is a mess though, and honestly I’m shocked that a con that’s run for over a decade would make mistakes like this. These are things that you’d usually associate with a startup event full of inexperienced staff. I just am out of words.