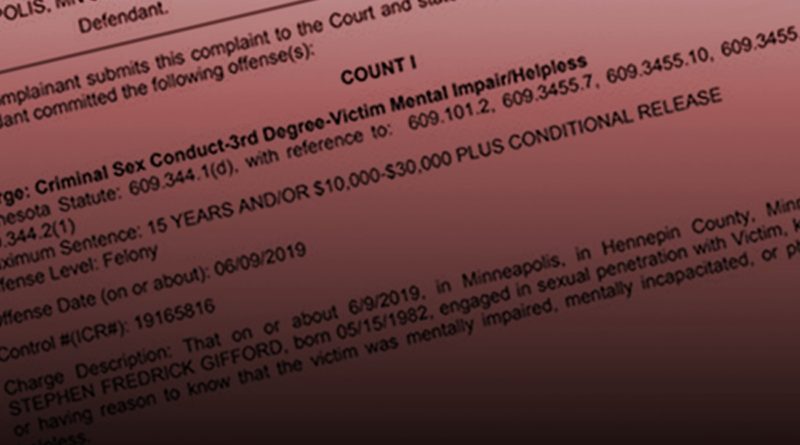 One thing that’s easy to forget in the con scene is that it all takes place in the real world. The same bad people out there work their way in here as much as any other place. Over the years we’ve covered some pretty dark stories, and unfortunately this is one of them.

On Monday it came to light that long time staffer of Twin Cities based Anime Detour Stephen Gifford has been charged with third-degree sexual assault in Hennepin County, Minnesota. Gifford was head of Convention Communications for Anime Detour’s 2019 event earlier this year, and has previously served as the event’s convention chair.


The assault occurred in early June, and Gifford is currently free on bail.

Now we’ve seen cons react to situations like this in many ways, but thankfully Anime Detour’s staff has taken the situation seriously. Late Monday night they released an official statement in which the event explained that they had been made aware of the situation in late June, and that Gifford has been completely removed from staff and banned from all future events.

Honestly this is an awful situation, and Anime Detour’s actions are only a small consolation. The sad fact is though that not all conventions have had the same follow through when they’ve found themselves in similar positions, and it’s important to acknowledge it when a convention does the right thing when allegations like these come out. This is what a con should do when events like this happen.

Because they unfortunately will again, as we as a community have a very long way to go.