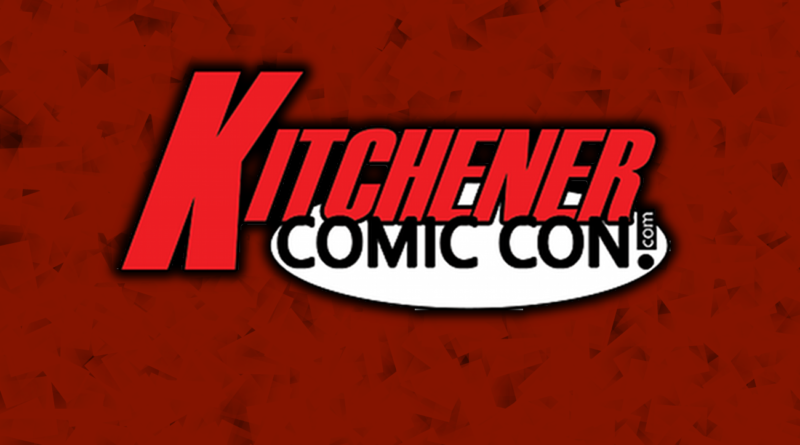 Most of organized fandom spent 2019 getting on board with the idea that maybe inviting Vic Mignogna to your convention is a bad idea. The whisper network about the once prolific voice actor finally went public as several women came forward with their stories of harassment. Most conventions decided Mignogna was not remotely worth the hassle (finally), and the vast majority of his appearances were cancelled.

It’s important to note that not all of them of were.

You see, there are still a number of conventions that think it’s a good idea to invite a man with that many allegations of harassment against them in their doors. A man who lost a lawsuit against his accusers and former employer over these claims. A man who inspired the obnoxious hate group “I Stand With Vic,” which is composed of his few remaining fans in deep denial and opportunistic comicsgaters tried to make a buck off of suburban misogynist outrage.

One of those conventions is Kitchener, Ontario’s Kitchener Comic Con. On February 3rd, the con announced that Mignogna will be appearing at their 2020 event (scheduled for February 29th and March 1st) at Kitchener City Hall.


It should go without saying that many people in the convention community who would rather cons not invite a guest who has been repeatedly accused of harassment were a tad bit outraged. It’s not hard to find tweets from people angry with the convention over the decision.

Just remember, when he makes a scene, makes an ass of himself or god forbid makes a move on anyone, it'll be #forthefans. Hey, I'm sure some people want to meet Kevin Spacey, want to do that, #forthefans? What about Harvey Weinstein? Or John Wayne Gacy? Come on, it's #forthefans

So I guess your attendees safety isn't important

Now a person could in theory argue that Mignogna is still a notable figure in the anime industry, that while still disgraced someone might want to meet him. But then you scroll down their guest list and you find another name: Nick Rekieta.

Nick Rekieta, who is technically a lawyer, is best known as “that guy who funded Vic Mignogna’s failed lawsuit” as he started the GoFundMe that Mignogna used to hire Rekieta’s family friend Texas estate lawyer Ty Beard. As mentioned previously, Beard spectacularly lost that case (though it is currently being appealed). Rekieta also streams regularly on Youtube, where he has mocked Mignogna’s critics as well as the defendants (and their attorneys) in the lawsuit he urged Mignogna to file.

A lawsuit which, as mentioned multiple times previously, Mignogna lost.

This isn’t the first time that Kitchener Comic Con has been accused of not taking harassment seriously. Last year, at a volunteer meeting, according to this Reddit post a Kitchener Comic Con staff organizer Ron Hoppe allegedly made statements dismissing concerns:

During the meeting, many people were made uncomfortable and yelling even broke out about his stance on sexual harassment of female cosplayers at the convention. Ron made it very clear that he was in charge, and what he says goes. And his stance is that volunteers/staff must do nothing to intervene and take absolutely no action to de-escalate if they observe acts of harassment, unless a formal complaint is made. The only exception to this rule is that if we see a cosplayer accepting money for photos, we must intervene because then they’re a vendor and we’d need to get a cut. Harassment in this case includes following people around, unwanted picture taking, and unwanted physical contact.

Ron’s position was that we were likely going to see women faking harassment in order to “attack the convention” and “take it down.”

If you read the entire Reddit post, it includes responses from the convention. Kitchener Comic Con’s final response boiled down to “In this specific instance, the opinions shared by one of our staff members at the volunteer meeting, did not reflect our convention policy.” But regardless of the convention’s official stance, it’s hard to take seriously if the event’s organizer actually made comments like this off the cuff.

Kitchener Comic Con’s staff doesn’t seem to take harassment well though. When cosplayer “That Joker Guy” complained about the announcement video for Mignogna (which briefly includes a photo of That Joker Guy), he found himself banned from the Kitcher Comic Con facebook page:

Despite including me in the video, when I commented on their event page that their announcement for their “big guest” seemed to be purposely hidden under a link and not revealed in the text of the video (the video that includes the photo of me from many years ago) and raised the allegations against that guest, they instantly blocked me from their page. This is not a surprise, as they’ve been aggressive with other people who have posted anything negative to their page in the past, up to and including sending fake legal threats to anyone who said anything negative online.

All in all, while I think that every geek deserves to have a convention they can get to and spend a fun weekend at, it’s hard to recommend any event that doesn’t seem to take harassment seriously. By inviting guests like Mignogna and Rekieta, Kitchener Comic Con seems to be making it clear that they only really care about supporting the most toxic elements of the fandom, and Kitchener, Ontario certainly deserves better.

Update (2/10 4:30pm) After they requested that we reach out in our comment section, we contacted Kitchener Comic Con. We won’t include the full text of their entire response due to its length (you can read the full email here), but needless to say they took issue with our coverage. Staff member Cress Holmes clarified that they had the rights to the image of “That Joker Guy” (who had previously been a guest at their con), though I’m not sure that was the point of the cosplayer’s complaint. Holmes also took issue with our mention of the Reddit post from last year. Holmes wrote to us:

After a heated discussion, the person who wrote the reddit thread was demanding several unreasonable things of our event:

This is lunacy. There is no way we are going to direct minors to put themselves in HARMS WAY for the sake of appeasing anyone. The claim that the convention owner said that we’re not doing anything is a blatant misrepresentation of what was said.

So there’s a lot to unpack here.

It is true that most cons don’t pre-screen their attendees. It’s a difficult task and beyond the resources for even the more successful events. If someone actually asked for this to happen, beyond maybe managing a ban list for known harassers, it would be beyond a con of this size to reasonably do.

But we run into some weirdness with the rest. Most conventions direct their staff to intervene if they believe harassment is occurring. Many train their workers to ask if everything is okay in questionable situations, and to directly step in if obvious direct harassment is occurring. If a convention doesn’t have policies and training for those very situations, they are failing in their duty to their attendees.

And you may have noticed something in there — and one of Kitchener Comic Con’s key reasons for objecting is that (as they directly state in their statement to us) many of their volunteers are minors. I’ve been working conventions for over twenty years, and in my experience any convention that allows people under the age of eighteen to work their event (even as just a volunteer) is putting people in harm’s way and opening themselves up to massive liabilities.

When I pointed out how I thought that these were not unreasonable requests to the staff, and asked for verification that minors were working the event, Kitchener Comic Con’s Cress Holmes responded:

Don’t misrepresent what I am saying. Tread carefully.

I am VERY clear in what we direct our staff and volunteers to do. If they are made aware of harassment or situations where people are uncomfortable, they bring that person to security personnel so they can report the issue. None of our staff nor our volunteers are licensed in security. I don’t care if every other convention in the world is doing it, we’re following the law and the rules of our Province. We aren’t law enforcement, we aren’t security licensed. We bring them to people who are. We have instructed our volunteers and staff with how to handle situations, they are trained in how to RESPOND to this. We follow the law on the matter.

Nobody on STAFF is a minor. We have VOLUNTEERS that are minors, who participate with parental consent.

You’ve already stated your intentions are to “editorialize” this coverage. I hope that you consider the actions of posting defamatory, incorrect opinion and information that others might use to cause damages to our staff or event.

It is true that we editorialize here at Nerd & Tie — we’ve never denied that or pretended otherwise. Our voice is one of the reasons people come back to this site time and time again for coverage of issues in the convention scene.

I’ve said this before though, and I will say this again — I will never consider any convention that allows minors to work their events a safe one for both the minors working and the attendees. I personally consider it irresponsible, but considering the convention’s headline guest is Vic Mignogna, maybe I shouldn’t be surprised.